Smokin’ Betties Burlesque: The Year of the Betties, featuring members of Kabarett Vulgare

“Spanks a lot for clicking the link to find out more about The Smokin’ Betties Burlesque!”

The Year of The Betties is right around the corner and we want you to be a part of it!

Be there for the Smokin’ Betties’ first show!

As powerful as a wildfire. As flammable as gasoline. The Smokin’ Betties are lighting up the Pittsburgh burlesque scene with their eclectic talents and salute to the female form. Their shows have a little bit for everyone, from vaudeville burlesque to modern teases, with each ember bringing her own spark to the stage…. 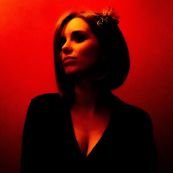 Our special guest on Saturday is Macabre Noir!!

Macabre Noir is the embodiment of a true artistic soul as she brings a dark elegance and satire to the world of burlesque and sideshow. Dedicated to the art of stage, she performs routines based in traditional numbers but Macabre twists and turns them into creations of obscure splendor, bending the line of classic and neo burlesque.…
This diminutive, Lovecraftian stunner entices audiences into the furthest most recesses of the human libido.

The Pittsburgh, Pennsylvania native is the founder of The Steel City Burlesque Academy and one of Kabarett Vulgare’s premiere burlesque vixens, but also a skilled glass walker, executing stunts with grace and beauty that most men dare not attempt, winning her title of Pittsburgh‘s 2012 Freak of The Year and The Great Southern Exposure’s Best Variety Entertainer 2013, dubbing her “The Steel City’s Madame of Sideshow & Burlesque”.

She is ever-evolving and learning new aspects of the sideshow and burlesque worlds, as well as modifying them to create hybrid performances that are truly Macabre Noir originals. She is a founding and core member of Kabarett since the group’s start in Pittsburgh in late 2011, but has been guest performing with the Charlotte, North Carolina’s Kabarett Vulgare troupe since 2009. Macabre has also been guest featured on nationally recognized tours such as the Coney Island Rock N Roll Roadshow in both 2011 and 2012, as well as The Cut Throat Freakshow’s Super Freakin’ Fun Roadshow in 2013. No matter the stage or state, Macabre Noir is guaranteed to leave a mark never to be forgotten. 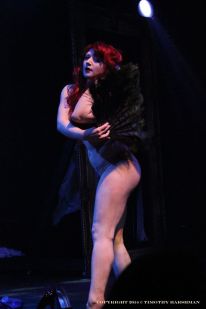 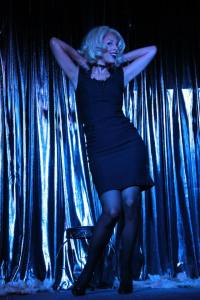 Lita D’Vargas. Trading in her calculator for a bedazzled brazier, this trick-riding stripteaser is a banker by day who breaks free from her Clark Kentian Cubetropolis to rage the stage as the Biracial Bardot of Burlesque by night!

Justin Kofford learned Swing Dancing in 1994 and since then has developed a love of many dance styles, from the Hokey Pokey to Dougie. He has been teaching salsa classes for seven years in the Pittsburgh area and has a deeply rooted love for the latin dance style. Justin has performed in Los Angeles, New York, and Puerto Rico for their respective Salsa Congresses. Justin views dance mainly as a very efficient way to have fun.